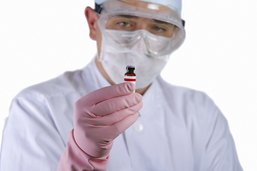 Enzymes are biological catalysts, that is, natural substances used by the body to facilitate or speed certain chemical reactions in the body. Enzymes are highly specific in that each specific enzyme accelerates a specific process in the body. All processes in the cells of the body require enzymes to accelerate the processes to a rate sufficient to make them effective.

There are several steps involved in healing of body tissues. If tissue is damaged, then the phases are:

The processes of healing need be modulated or regulated. For example, if the fibroblasts lay down excessive scar tissue, then the tissue becomes thick and potentially painful. Scars on the surface of the skin can become hypertrophic (enlarged) or become keloids. A keloid is a scar which is not only enlarged but extends well beyond the margins of the initial damage. Deeper tissues too can form excessive scar tissue. Enzymes specific to the reduction of scar tissue are recruited to the body to ensure that fibrosis or scarring is not excessive or deleterious. Scar tissue is generally not very metabolically active, that is, it is fairly dense with a poor internal blood supply and does not “turn over” as quickly as other tissues. Scar tissue can interfere with function as it is generally less flexible that the tissue it replaced. Excessive scar tissue can place pressure on adjacent tissue causing pain.

Trauma, including surgery, initiates a sequence of events as part of the healing process that includes the production and deposition of scar tissue. Considering the inherent defect in the healing process, specifically the deposition of excessive scar tissue, conventional surgical approaches to the treatment of plantar fibromatosis should be avoided.

The more specific a treatment, the more potentially effective it is and the less chance of side effects. Enzymes are specific. There are enzymes that specifically catalyze the metabolism of scar tissue in the body. The use of enzymes for the reduction of scarring/fibrosis on scar tissue nodules is logical.

Collagenases are enzymes that catalyze the breakdown of peptide bonds in collagen. Collagen is the main structural protein in body tissues. There are different types of collagen. Type 1 collagen is the main form of collagen in soft tissues such as skin, ligaments and tendon. Collagenase can be made by the body but those collagenases produced by certain bacteria such as Clostridium are well recognized. Such bacteria secrete collagenase to break down tissues in the body enabling their spread. A form of bacterial collagenase, collagenase Clostridium histolyticum, is marketed as Xiaflex* (Auxilium Pharmaceuticals and Pfizer). Xiaflex is indicated for the treatment of Dupuytren’s contracture but not Ledderhose Disease (plantar fibromatosis). We are specifically referring to indication provided by the Food and Drug Administration (FDA). It is possible for drugs to be used “off label,” that is, for indications which may be efficacious but formal FDA indication has not been sought. The process of obtaining such indications is expensive so a drug must be able to be used in sufficient quantity to make it worthwhile for the pharmaceutical company to recoup that cost. There is a process by which indication can be provided for drugs to treat rare diseases, ie., “orphan” drugs. Currently, it is legal to use medications in an off label fashion based on agreeement between the patient and physician but health insurance companies are not obligated to pay for off label use.

Hyaluronidases are enzymes that catalyze the metabolism or breakdown of hyaluronan. Hyaluronan is part of the “extracellular matrix” and think of this as part of the “glue” holding tissues together. Hyaluronidase is often mixed with other medications as a dispersion agent, that is, a substance that allows better spread of those medications. Certain bacteria can secrete forms of hyaluronidase to enable their spread through tissues. Commercially available hyaluonidase has been on the market for a long time. Wydase was a form of hyaluonidase marketed by Wyeth Pharmaceuticals years ago but is no longer available. Vitrase is a form of hyaluonidase that is preservative free, somewhat more concentrated than other brands and marketed for opthamologic use by Ista Pharmaceuticals originally but now Bausch and Lomb. It is our preferred product.

Triamcinolone acetonide is a repository catabolic steroid. Catabolic steroids refer to those steroids collectively termed “cortisone” and are involved in the catabolism or breakdown of tissue. There are forms of “cortisone” which are fast acting and used primarily to treat allergic reactions and acute inflammation such as dexamethasone phosphate (Decadron). Repository steroids are those forms of “cortisone” or catabolic steroids that have minimal antiinflammatory action but stay in tissues for long periods of time causing breakdown of the tissues. They are not specific to tissue type unlike enzymes thus be used cautiously and in small quantity. Triamcinolone acetonide (Kenalog) has been used to treat hypertrophic scars and keloids due to its strong action in the reduction of fibrosis. That anti-scarring action makes it of value to augment the action of enzymes in the treatment of the nodules of Ledderhose Disease (plantar fibromatosis).

1) The physician may utilize local anesthesia in the form of a nerve block, specifically a posterior tibial nerve block to numb the bottom of the foot.
2) The fibromas or nodules are studied via diagnostic ultrasound (sonography).
3) A mixture of a local anesthetic, hyaluronidase and triamcinolone acetonide is prepared. The amount and proportions of the mixture is determined by the size, location and firmness of the fibromas or plantar fibromatosis.
4) The mixture is injected into each nodule utilizing sonographic guidance with the goal of achieving maximum dispersion and centralizing the fluid in each nodule.
The amount of shrinkage after a treatment varies with the individual but takes approximately 3 weeks to determine. It can take two to four treatment sessions. Patients often note mild shrinkage after the first injection but significant softening of the fibromas and reduction of discomfort. The reason for this is that the nodules of plantar fibromatosis are essentially “hollowing out” due to the deposition of fluid in the center of each fibroma. More significant shrinkage is noted 3 weeks after the second injection.
Our experience over the last 20 years has been that most patients, about 45 to 50 percent obtain pain relief and good fibroma shrinkage with this technique. About another 40 to 45 percent experience the shrinkage but may show some mild to moderate regrowth of the fibromas. We anticipate this and generally prescribe topical verapamil cream and supplements in an attempt to slow or eliminate regrowth. This is an overall success rate of better than 85 percent. About 10 percent of patients experience aggressive fibroma regrowth and may benefit from radiation therapy. Even if one is in the 10 percent, fibroma size reduction occurs and does pain relief so we believe that use of our protocol should be attempted first. 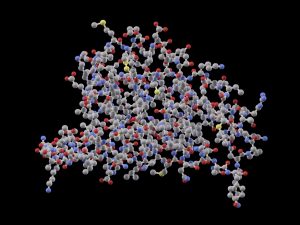